10% Off Eye & Lip Treatments Throughout February USE CODE EYELIP

What are Hydroxy Acids? 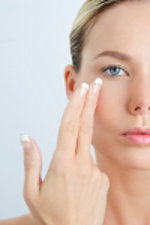 Hydroxy acids have been used throughout history in various forms to promote a radiant and healthy complexion, long before the chemical structure or even their existence was known. Egyptian women took baths in sour milk in order to improve their skin. French women in the court of Louis XIV washed their faces with old wine for the same reasons. Old fashioned facial masks made from fruit, honey or yogurt were also unknowingly taking advantage of “fruit acids” as their active ingredients.

‘Acid’ may conjure up images of dissolving holes in metal sheets but it's important to make the distinction between Mineral acids (such a hydrochloric and sulphuric) which are dangerous and Organic acids which are relatively mild and common place in everyday life.

An organic acid is chemically defined as an organic molecule that possesses an acidic property from the carboxylic group ‐COOH:

Glycolic Acid is the most commonly used AHA. Because of its small molecular weight and size, it's presumed to have a better capacity to penetrate skin.

Lactic acid on the other hand, has a larger molecular weight than glycolic acid but is capable of being converted in vivo to pyruvic acid (an alpha keto acid) which is presumed to be a more effective exfoliating agent.

What are Alpha Hydroxy Acids (AHAs)?

Water soluble Alpha Hydroxy acids (AHAs) are somewhat incorrectly referred to as fruit acids. Mandelic acid is extracted from hydrolysed bitter almonds and other AHAs are not derived from fruit either. Glycolic acid is found in honey or sugar cane. Lactic acid is found in soured milk and tartaric acid and can be isolated from fermented grapes (wine).

Beta Hydroxy acids (BHAs) are similar to AHAs but have an additional carbon group making them lipid (fat) soluble and can penetrate deeper into the dermal layers beneath the epidermis. Salicylic acid, the most commonly used BHA in skincare, is a particularly effective exfoliant, it seems to reverse the process of glycolisation (sugar coating) of cells as they age.

The full mechanism of action of hydroxy acids is not yet fully understood. It is known, however, that they function in two distinct fashions: First, they can act as a simple humectant that absorbs moisture from the atmosphere. When applied to the skin, these hydrated HAs act to increase the water content of the skin and thus moisturise the outer layer of the epidermis (the stratum corneum or horny layer) and consequently make the skin softer and more flexible. The second method by which HAs are thought to act is by reducing corneocyte adhesion (the strength of the glue between the cells) and accelerating cell proliferation within the deeper basal layer of the skin. This exfoliating action of HAs occurs as a result of their ability to break the bonds between dead skin cells that form at the surface of the skin. Skin normally has a dead layer of cells at its surface (the corneocyte layer), and HAs can speed up the normal process of skin cell regeneration and sloughing. This results in increased flexibility of the skin as well as decreased formation of large dry skin flakes at the surface of the skin. Most of the evidence on how AHAs work seems to point to exfoliation and the resulting turnover of new cells in the outer epidermal layer of the skin.

There is increasing evidence however that AHAs may be working at a much deeper level. There may well be increases in procollagen and Type I collagen that occurs in the deeper dermis layer brought about by long term treatment with AHAs. In reaching deeper, influencing both the epidermis and the deeper dermis layer, resulting in improvement of the skin's firmness and thickness and texture. Another interesting study showed that AHAs may thin the outer stratum corneum but actually end up increasing the overall thickness of the epidermis. This thickening is accompanied by increased synthesis of glycosaminoglycans and collagen. It's becoming apparent that alpha‐hydroxy acids may do more than just increase exfoliation and skin cell turnover.

Part of the alpha hydroxy acid family, mandelic acid, named after the German mandel (almond), is derived from the hydrolysis of bitter almonds. Like other AHAs, mandelic acid is suitable for treating a huge array of prevalent skin care concerns, such as photo-ageing, rosacea, irregular pigmentation, inflammatory noncystic acne and blackheads. But unlike its more aggressive equivalents, mandelic acid does not result in skin irritation, erythema and burning.

How does Mandelic acid work?

Its potent yet remarkably gentle action is attributed to the relatively large molecular weight, when compared to other AHAs, which slows down epidermal penetration and results in more even exfoliation with less irritation. This enables individuals, who cannot normally tolerate high concentrations of AHAs to benefit from the range of advantages that AHAs offer. Mandelic acid is the only AHA that also exhibits the same action as BHA, due to its ability to clean inside the pore, it helps to remove blockages of sebum and dead skin cells that can lead to blackheads. Apart from this highly valuable cosmeceutical activity, mandelic acid also demonstrates well-documented antiseptic activity, which makes it especially suitable for hypersensitive acne-prone skin types. In fact, mandelic acid was initially examined in open clinical trials with regard to its antibacterial properties. It was soon discovered that sustained and continuous use of mandelic acid can radically diminish fine lines and wrinkles in a similar way as glycolic acid does.

Lactic acid is primarily found in fermented milk and dairy products such as yogurt and cheese. It was the original chemical peel used as early as in the time of ancient Egypt. Ancient Egyptians mastered the techniques of chemoexfoliation by applying sour milk onto their skins to induce skin peeling and hence effective rejuvenation of skin. Queen Cleopatra is commonly known for her frequent baths in sour milk.

How does Lactic acid work?

Glycolic Acid is an alpha hydroxyl acid (AHA) with the smallest molecular weight and thus the highest penetration capabilities. Due to this excellent ability to penetrate the epidermis, it is often used in chemical peels or at-home treatments to restore the skin by promoting the natural shedding of dead and photo-damaged skin cells.

How does Glycolic acid work?

Due to the natural ageing processes and sun exposure, there is gradual slow-down in the cell division rate leading to a build-up of dead surface cells, which is responsible for the appearance of aged, dull and dry skin. Glycolic Acid increases the turnover of skin cells by dissolving the protein bonds between cells, thus enabling the dead skin to peel off and reveal the fresh, healthy skin with a translucent glow and a more even texture. Glycolic acid is also proven to brighten the skin surface, shrink pores and prevent breakouts.

How to use AHAs

Some people may find their skin flaking or irritated in the early stages of use. This generally improves as the skin ‘gets used’ to the treatment. Increase concentration of preparations slowly - start off applying every other day or once a day at first, then increase to twice a day.

If you're planning to use more than one skincare product that contains AHAs, please introduce AHA products progressively.

Potential skin dryness can be observed with prolonged AHA use (especially if not Lactic acid). It's recommended that you apply a suitable moisturiser once or twice aday. Hydroxy treatments do not replace normal skin care routines.

If it's the first time you have used Hydroxy Acids and you have sensitive skin, it maybe wise to do a test patch first on a small patch of skin (not your face).

Stop using the product if you have itching, burning, swelling or other problems.

What are Beta-Hydroxy Acids (BHAs)?

Much is made of the research pointing to the superior penetration of Beta Hydroxy acids due to their lipid solubility, and for good reason. In fact they can penetrate over 4mm below the epidermis and influence numerous cell strata. They can therefore more easily unblock pores and clean out cellular debris. They have the unique ability to dissolve ‘keratin plugs’ which is thought to be one of the leading causes of acne. People with oily skin have sebaceous glands which over produce sebum. This sebum is excreted via the skin pores, which line the rest of the epidermal layer with cells of the horny layer. When the sebum and these cells come into contact, the process of keratinisation accelerates and ‘plugs’ can be formed within the pores. This blockage allows for the build up of acne causing bacteria behind the plug. Salicylic acid, the most commonly used BHA, can remove this blockage very effectively and allows the flow of materials to return to normal.

Salicylic Acid is the most common Beta-Hydroxy Acid (BHA); it's derived from the same acid as Aspirin (acetylsalicylic acid). Acetylsalicylic acid is derived from the rich bark of the willow tree. It too has exfoliating properties comparable with AHAs, but is much less irritating to the skin and can work at a much lower concentration. BHA is used to treat skin that is prone to acne, blocked pores or breakouts as it sloughs away the dead surface skin, preventing the pores from clogging up which would lead to congested skin. As with AHAs, BHAs also make the skin more susceptible to sun damage after prolonged use so the user should increase their sun protection to ensure that no further damage occurs.

How does Salicylic acid work?

When applied to the skin, salicylic acid triggers the proper shedding of the superficial dead skin cells. This helps to open skin pores and clear them of excessive sebum and debris build-up, which often aids bacterial infections and inflammation in acneic skin types. Salicylic acid also cleans inside the pores, ridding them of excess sebum and dead skin cells, resulting in a less congested complexion and the break down of blackheads and whiteheads.